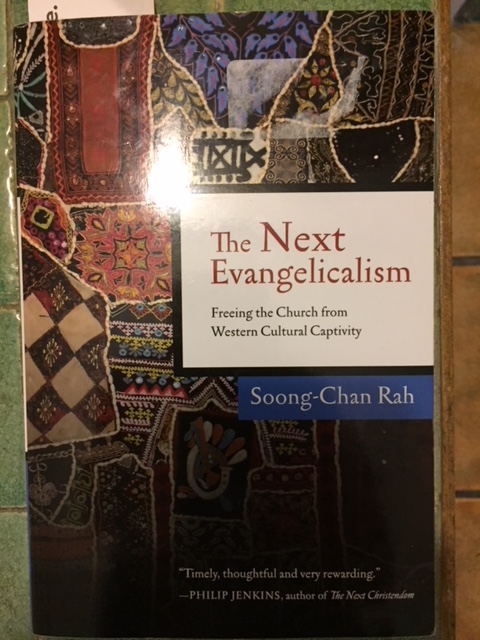 The land of ‘in-between’. A painful place to be, not feeling fully part of one home or the other. What some have called ‘liminal’, or ‘threshold’, like the entry into somewhere new yet always just a little outside. Yet what a liberating place, enabling one to gain a freedom of lessening attachments.

This is the land that I have lived in for over half my life. Not feeling fully part of my own birth country, yet also not fully one with my adopted land. The land of ‘in-between’ is a transitional place for people like me because of choice, but for millions of others on earth it is their land because of war or oppression.

Being ‘liminal’ or a ‘global nomad’ carries with it many benefits as well. It gives a person a heightened sensitivity to others, and as I said, a greater freedom from things that may weigh you down in accumulations and earthly treasures. It is the feeling and reality of being ‘bi-cultural’, but often actually feeling ‘in-between’ cultures as well.

I’m reading a challenging book right now by Soong-Chan Rah titled The Next Evangelicalism: Freeing the Church from Western Cultural Captivity. He is a professor at North Park Seminary in Chicago, the seminary for the Evangelical Covenant Church of America, which is my home church denomination and the one I grew up in. He is also a Korean-American, and writes movingly about his own story growing up feeling ‘in-between’.

This book is not an easy read, especially if you are a White American evangelical who is attached too strongly to your own version of the future (or the past) of where the United States and the Church in particular is headed. But I highly recommend it, as strongly as it may disturb you. It is a true statistic that by 2050, or in just over 30 years, the USA will be less than half Caucasian. For some, that is highly exciting in terms of the potentials and possibilities unleashed, but for others it is highly disturbing.

I am in the excited category.

Because I also see that this is where global Christianity is headed as well. I recently attended in Thailand the largest conference my mission organization had ever had, almost 4,000 people. They were from 104 nations, and the conference was led by many from Asia as well. The cultural dominance of the West was less than I have ever seen at a conference of our group, and it was highly refreshing. Yet there was such a freedom for people of all cultures, including the West, to have their contribution according to their gifting.

Yes, things are shifting. But we all need, no matter where we come from, a greater humility than ever before. It will not be easy at times, as some will feel left out or ignored. Many will also feel like they are in the land of ‘in-betweenness.’ As Dr. Soong-Chan writes, ‘bi-cultural Americans operate out of a state of liminality, a sense of in-betweenness.’ But this is true all over the world as well.

He goes on to quote the Japanese writer Fumitaka Matsuoka in his book Out of Silence: ‘We Asian Americans find ourselves in a liminal world that is cultural and linguistic, as well as cross-generational, in character. A liminal world is a place of in-betweenness. It is at once the world of isolation and intimacy, desolation and creativity. A person in a liminal world is poised in uncertainty and ambiguity between two or more social constructs, reflecting in the soul the discords and harmonies, repulsions and attractions. One of the constructs is likely to be dominant, whether cultural or linguistic. Within such a dominant construct one strives to belong and yet finds oneself to be a peripheral member, forced to remain in the world of in-betweenness.’

Ever felt like a ‘peripheral member’? Ever felt forced to live in a world of ‘in-betweenness’? This is the life story of millions upon millions of people on Earth, and causes untold pain. But as Dr. Soong-Chan writes, this liminal state is a blessing as well as a curse. As he says, ‘it can lead the liminal individual to a state of disconnectedness  from all of his or her social settings or it can lead the liminal individual to be a bridge between different social settings.’

Are you feeling disconnected? Or are you a bridge to others? As someone said, we are constantly choosing daily to either be a wall, or a bridge. The amazing paradox of liminality is that it provides, when faced and embraced in our lives, the very doorway for others to connect and come in or out. Like the function of a bridge.

As the 21st century goes on, both in the US and in the wider world, we will need many bridges and doorways. The walls we have too many of already.

Make your choice. I have made mine.