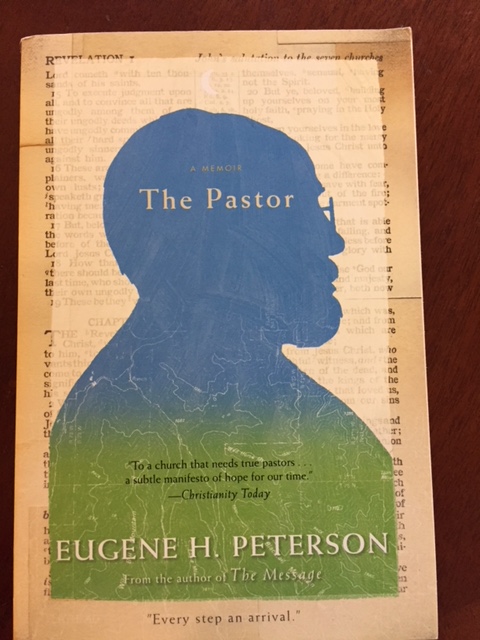 Today one of my hero-servant leaders died at the age of 85. Eugene Peterson, a pastor, writer, spiritual leader, servant to all, was deeply loved across many parts of the Church and beyond. He was a person I had wanted so much to meet, but it is not to be on earth. Hopefully I can hang out with him in heaven, maybe as he says hi to my Grandfather who taught him as an undergrad student at Seattle Pacific University. (then College).

I only started reading Eugene Peterson’s books in the mid-90’s in Pune, in a time in my life where I was thirsting and hungering for more depth. His books like Under the Unpredictable Plant, The Contemplative Pastor, A Long Obedience in the Same Direction and others shaped and moved me. In one of his books, he writes about how he was ‘discipled by FD’ in a season of his life. FD referred to the Russian 19th century novelist Fyodor Dostoevsky, author of classics like Notes from the Underground, The Brothers Karamazov, Crime and Punishment and others.

This fed the already existing passion in me to also read FD, which I did in those Pune end of the 90’s years. I also experienced the blessing of learning from Dostoevsky, finding in him language for some of what my soul yearned to express. And then there was The Message, Peterson’s translation of the scriptures from the original languages but with contemporary application. I began to read it more in the early 2000’s, and again found life and refreshment in his strong Biblical scholarship yet also desire to see relevance in today’s context.

Eugene Peterson was a very broad thinker who loved the Word of God deeply and also loved people, at times people very different than himself. He had a close friendship with Irish singer Bono of the group U2, and if you haven’t seen the Youtube videos of their conversations around the Psalms filmed at Peterson’s Montana lakeside home, please find and watch it. One lasting memory I have of that encounter is when, in the minutes leading up to Bono’s arrival, Eugene and his wife are in the kitchen. Eugene is at the coffee machine, and measuring out the amount of coffee scoops he would put in. It was a moment of such realness, such simplicity.

You see, of all that I could say about him, and there will be many tributes today and in the days ahead, I would want to say that Eugene Peterson had a servant-walk. Not really sure that is a word/phrase, but it expresses the man in my opinion. He served people, from the average person in his churches to the student in the seminaries he taught in. And the thousands upon thousands he spoke to over the years. Not that he was into numbers, far from it. He was not a particular friend of the megachurches concept, seeing the dangers of consumerism and shallow lack of discipleship that can happen.

He could be with the simplest believer (or not) and in the next moment hang out around a dining table with global mega-star Bono. He had an amazing laugh (I’m told) and didn’t seem to have too many judgemental bones in his body, if any. See why I would have loved to meet him? But like others throughout history, I’ll need to be content to have been discipled by EP, as well as FD and many others. I’d like to think that EP (Eugene Peterson) is now getting to finally meet FD. How would you like to listen in on that conversation? We don’t know what heaven will be like in terms of reunions and meetings, but it is fun to imagine it nonetheless.

If you have never read Eugene Peterson’s books, I encourage you to do so. And watch the Bono-Peterson dialogue around the simple Montana dining table.

Though I never got to meet you, Eugene Peterson, I want to say thanks for all you have meant in my life. Comfort and love to your precious family as they mourn your loss, and look forward to seeing you again someday.