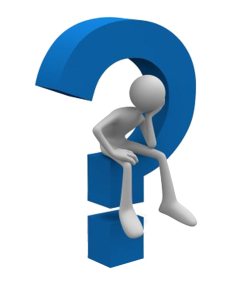 From time to time I will write a blog post devoted to the future. After all, this blog includes a span of time stretching out to 2520! I purposely put it 500 years into the future to convey a sense of curiosity beyond just wondering what societal trends will be in the near tomorrow. We are at a season of history where there is a convergence of technology with huge numbers of consumers that will change the face of human interaction. Just a few days ago Facebook announced that for the first time in history, on a single day, over one billion people were using the social media company to interact with family and friends. That is one seventh of the earth!

I’m reading a book on creativity by Ed Catmull, the co-founder of Pixar Animation. (For those interested, it is titled Creativity, Inc.: Overcoming the Unseen Forces that Stand in the Way of True Inspiration).  Pixar for those that may not know has been an amazing generator of animated films in the past 20 years. Their blockbuster productions include Toy Story, The Incredibles, Finding Nemo, and many more. On pg. 224, Catmull quotes his friend and Apple’s chief scientist Alan Kay related to the future: “The best way to predict the future is to invent it.” Certainly when we think 500 years into the future it is difficult to imagine how our actions today could be of any relevance. It is the realm of science fiction! (which may not surprise you to know I love reading!)

But too many times when we think about the future we become passive. We let events and circumstances shape us, becoming all too willing participants in what others would want for us or society. As I mentioned earlier, the fact that this last week on one day one seventh of humanity was using Facebook testifies to the global and future shaping vision of one man, Mark Zuckerberg. Our actions today do matter tomorrow, and when you stretch the potential power of influence of each of us out beyond our lifetimes, it can reach many generations into the future.

To quote Ed Catmull, it is facing the uncertainty of creating an “unmade future”. I love that phrase. We are not just passive participants in a sweeping tide of events. We have the potential and calling today to influence those around us to a better future. We can change things around us by acting on whatever vision and dreams God has given us, even if it goes against what is conventional wisdom. Creativity comes in an amazing diversity of shapes and sizes, of gifts and callings.

To think and act with a framework 500 years into the future, or even one year, takes a commitment to risk to be different. For many humans, it is so much easier to “go with the flow”, to follow a strong leader into what seems like a pre-determined future. Having one seventh of humanity linked together in one day through Facebook may not seem like a world-changing event, but it does illustrate the power and influence of an idea that has become reality.

What ideas do you have that will predict the future by inventing it?

One thought on “Predicting the Future by Inventing it”