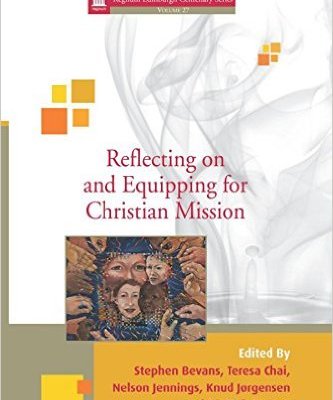 The book is titled Reflecting on and Equipping for Christian Mission, edited by Steve Bevans, Teresa Chai, Nelson Jennings, Knud Jorgensen and Dietrich Werner. It is the 27th in a series of volumes by Regnum Press (which is the press that my forthcoming book will also be published by) that followed the Edinburgh 2010 mission conference. I have a chapter also in a previous volume of this series. Here is the link below to order it:

As a writer, having something published is always a thrill! This is my third chapter published, along with nine other articles in journals. You can see the complete list at the page on this blog,  Steve’s Chapters and Articles.