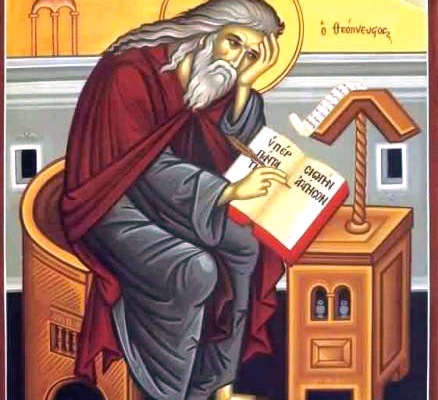 It is the first few days of Ramadan, the month of fasting that Muslims all over the world are participating in. As an act of love, faith and hope, an estimated one million Christians are praying for their Muslim friends and neighbours during these same 30 days. What is not often considered is that those of us who are of the Christian faith can not only offer prayers for Muslims, but at times pray with them. What do I mean? Read on.

A few months ago I wrote blog posts on the life of one of the greatest saints of the Church of the East, Isaac of Nineveh or Isaac the Syrian. (see what-can-a-7th-century-qatari-mystic-teach-a-world-of-constant-noise). It is fascinating to consider the influence that Isaac had beyond his own Christian tradition, into the beginnings of Islam’s own mystical movement called the Sufis. The religion of Islam, like Christianity, encompasses a broad variety of movements and influences. Though considered heretical to some more orthodox Muslims, the Sufis as emphasizing a more practical and experiential faith have been a stream within Islam in a more organized sense since perhaps the eighth-ninth centuries.

According to Muslim historian Saiyid Rizvi, “Sufism did not develop in isolation… the Christian influence in the development of Sufism is undeniable.” (1978:32) Even the name itself, coming most likely from the wearing of wool (suf), was “according to Sufis a legacy of the prophets and Christian apostles and ascetics.” (:28) By the ninth century, Church of the East monks like Ephrem, Aprahat and Isaac of Nineveh had been translated into Arabic and were being read by Muslims. It is always difficult to trace historical influences in a direct sense, but later important Muslim writers like Al-Ghazali (d. 1111) also used phrases common to the earlier Isaac, like “entering the cloud” of deeper experiences in prayer.

A few years ago a French movie titled “Of Gods and Men” appeared that powerfully showed a group of Christian monks in the 1990’s in Algeria, caught between a violent Muslim extremist group and the Muslim villagers they were called to love and serve. (You can watch this movie with English sub-titles. I highly recommend it) These monks, led by a very sensitive priest who was well-versed in Arabic and Islam, end up martyred not so much for their Christian faith alone but for their love and commitment to their local Muslim neighbours.

One of the most profound parts of the movie is when the leader of the Islamist group comes to the monastery one night to ask for medical supplies for their wounded comrades. The priest denies the request for supplies due to the needs of the villagers, but quotes from the Qur’an and prays for and with him. While this extremist leader was alive, the monastery and monks were protected, and only after his death happened the abduction and death of the monks.

How are we called to live out the qualities of faith, hope and love among our Muslim friends? As many Christians pray for them this month, praying for dreams and visions of Isa al-Masih (Jesus the Messiah), the loving sensitive approach of the French monks can be our response. Realizing that many parts of early Islam and groups within Islam like the Sufis have been highly influenced by Christianity in earlier centuries, a greater sensitivity can develop. For many of us, witnessing to Muslims about our faith involves endless discussions (or even arguing) over various areas of belief. This can often result in our being confirmed in ideas of a negative portrayal of Muslims as driven by media outlets. It can lead to a feeling that there is no use in loving Muslims or even praying for them.

But what if we regularly sought to pray with Muslims, to create opportunities, however short, to pray with them for their needs. I have done this, and have never had a Muslim say they don’t want to pray with me. Some readers may have heard of J. Christy Wilson, who worked many years in Afghanistan and helped start the International Assistance Mission (IAM) that still serves there today. Wilson had a regular practice of praying with a Muslim before he would leave them, in their homes or after a conversation. He would say, “would you join me in prayer before we part?” Wilson believed that bowing before the Lord with Muslim friends was one of the greatest ways to let the presence of God work, far greater than words about beliefs alone. Some of my own most memorable times of witness and relationship with Muslim neighbours have been in times of coming into the presence of God together in the Name of Jesus and the power of the Holy Spirit.

The influence of Isaac of Nineveh on Muslims, even up to today, and particularly his teachings on prayer, provide us encouragement for creative Spirit-led opportunities to  not only pray for Muslims during these 30 days, but to pray with them. One of Isaac’s sayings, using  a similar phrase of earlier Christian monks, was that “we should stay in our cell (or prayer and learning space), and our cell will teach us everything.” Why not think and pray about inviting a Muslim friend into your cell with you sometime??

8 thoughts on “Praying Not Only For Muslims But With Them”