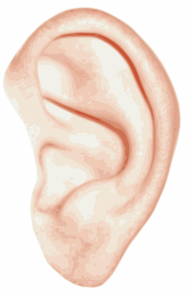 Yes, some of you know the song: “Hello from the Other Side”. Another mega hit from the British pop sensation Adele. I couldn’t help hearing it recently (more times than I wanted to) on a long car road trip. It is a hauntingly beautiful song, at least the first 50 times or so you hear it, and made me think it is strangely relevant right now. This song is about listening to someone (and some would argue that Adele is singing about the need to listen to herself more deeply), and the cry to be truly heard.

In a house I was staying at recently, a certain cable news channel was available wth a very strong and particular political viewpoint. But as we flipped around to find other news channels, we found to our dismay that it was the only one. All the others with different viewpoints had not been subscribed to. Now of course it is the right of any TV owner to restrict the viewpoints in their own house. But it made me think of the Adele song again. Is there a value to listening to viewpoints that are different than your own?

Last year I wrote a blog post titled Dialogue of the Deaf with the same image of an ear at the start as this one. I talked about how we can so often think we are having a dialogue with someone, only to find that we or the other person is actually not listening. Not really listening. Here are some of the lyrics from Adele’s song: “There’s such a difference between us. And a million miles. Hello from the other side. I must have called a thousand times.”

Sound familiar? Feeling like you are only really listening to your own viewpoints or media that only reflects your own biases? I see so much arguing on social media like Facebook, so many articles sent out, especially in this political season in the USA. Is anybody really listening in such a way that their viewpoints can be changed? Maybe there are a few. But not many. We may as well be a million miles away, calling a thousand times.

So this brings me to the one month challenge advertised in the post title. It is to listen to a Hello from the Other Side. Here is the challenge: For one month, stop listening or reading only your own favorite channel or viewpoint. If you watch Fox news in the USA, listen to MSNBC or CNN. And vice versa. If you read only a newspaper or blogs that are conservative in orientation, read more liberal ones. If you are on the Evangelical Right, read or listen to those from the Evangelical Left. If you are a Christian, listen attentively to a Muslim.

Do this for at least one month. It doesn’t mean that you can’t ever watch your favorite ones (that would be too shocking), but you will intentionally try and listen to the Other Side. I have been intentionally doing this for some time. I’m not saying I’m uniquely balanced. But I do feel I’m trying to genuinely understand other sides of thinking different from my own. I am so tired of watching news programs (and they are all over the world) where one side constantly interrupts and both people end up talking at the same time. What is that worth? Aren’t you also tired of that? Who has ever changed an opinion coming out of those “debates”?

You may feel a million miles away from another viewpoint. You may feel you will never understand. But they are calling you. “Hello from the Other Side”. How about picking up the phone and really listening for once??

One thought on ““Hello from the Other Side”: A One Month Challenge”