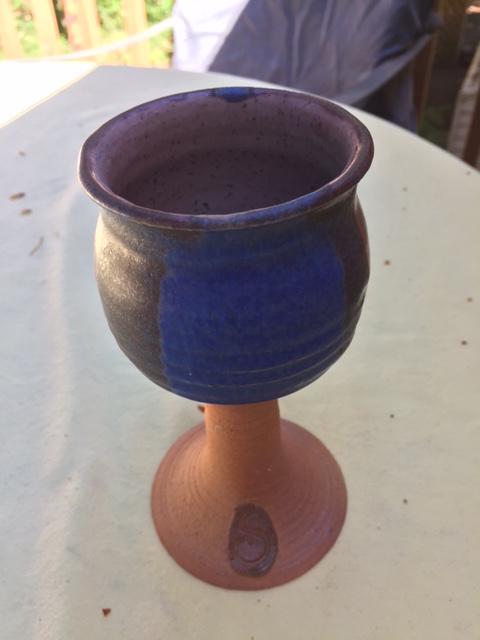 It must have been a stark and stunning image that September day in 1287: Edward I, the King of England, kneeling to receive communion from Rabban Sauma, an Asian Church of the East leader. Sent from a Mongol ruler named Arghun from the capital near modern day Beijing, (and with overall Mongol Emperor Kublai Khan’s backing), Rabban Sauma had already met with the Pope in Rome and the French King Philip IV in Paris. He now travelled to the Gascony region of what is now France, at that time ruled still by England. It was there that this little-known encounter with Edward I took place. What was the context going on in history at this time?

Since the emergence of Genghis Khan in the early years of the 13th century in Mongolia, the Mongolian Empire had spread across parts of China, Central Asia, and Russia and briefly into Central Europe as well. In 1258 Genghis Khan’s grandson, Hulega, who incidentally had a Church of the East mother and wife, sacked Baghdad ending Abbasid Empire dominance. (Hulega supposedly spared the Christians of Baghdad at the pleading of his wife). A potential alliance between the Mongols and European Christendom against the Muslim world was mentioned more frequently, yet with more potentiality than reality. Hopes for a common victory against the Muslims were dashed by the defeat of a joint Mongol-European force by Egyptian Mamluk armies in 1260 at Ain Jalut near Nazareth. The following three decades, however, saw this hope for a continued alliance and final victory persist.

The desired alliance by 1287 was a fading hope, but thought important enough for Ilkhan Arghun, (Ilkhan means literally ‘subordinate’ Khan, one of four), with the overall Mongol leader Kublai Khan’s consent, to send a Mongolian Turk Church of the East priest named Rabban Sauma to Europe. (Rabban is Syriac for priest or prelate). The purpose of the journey was to meet with religious and secular leaders for further exploration of whether the alliance could still be a reality.

Raban Sauma’s trip to Europe was not the first journey of his life, as he had already traveled extensively in Asia nine years before in 1278 with his friend Rabban Markos, ethnically a Uighur. (the majority people group of NW China today and primarily Muslims, in the 13th century the Uighurs may have been up to 30-40 % Christians). Markos later in 1281 was to become the Patriarch of the entire Church of the East and re-named Mar Yabhalla. Their journey together had lasted more than two years, and included visiting Baghdad, Arbela, Nineveh (Mosul), as well as Church of the East monasteries in Mesopotamia (modern Iraq) after taking the southern branch of the Silk Road across China.

The other participant in this encounter in 1287 was Edward I, the King of England. Born in 1239 and died in 1307, he was also known as the “Hammer of the Scots” for his brutality in suppressing rebellions in the North and “Longshanks” for his tall height. (For those who have seen the movie “Braveheart” with Mel Gibson playing the role of Scot hero William Wallace, it was Edward who finally defeated and executed him.) Edward had joined the ninth crusade in 1268, arriving in the Crusader stronghold of Acre in 1271. Edward was nearly killed by a Muslim assassin in June 1272, and returned to Europe to news of his father’s death and an unstable England in August 1274, when he was officially crowned King. It was thirteen years later that his meeting with Rabban Sauma would take place.

In the Syriac document titled History of the Life and Travels of Rabban Sauma, Envoy of the Mongol Khan to the Kings of Europe, and Markos, Patriarch of the Nestorian Church of Asia, the journeys of the two Asian Church leaders are detailed, the first one they did together and the second that Rabban Sauma did alone. This document, most likely written by an anonymous author in the early 14th century only a few years after the actual events, was first copied and translated into French from its original manuscript in 1887 in Urmiyah, a center for centuries of the Church of the East and now in modern Iran. It is considered by one English scholar “one of the most important Syriac works known to us, for it contains a mass of historical information which is found nowhere else”, (E. A. W. Budge, who in 1928 published an English version of the document, called The Monks of Kublai Khan). It is in this history that the encounter in 1287 is detailed, including the King receiving communion from the Asian church leader and diplomat.

It must of course be recognized that this account is written by a historian coming from Asia, perhaps emphasizing the favorable reception of Rabban Sauma’s group by the King of England, for the author’s own purposes and that of his readers. This reception included both King Edward receiving communion at Rabban Sauma’s hands, at the King’s own request, as well as a confession that the Nestorian version of the faith was “one” with Edward’s own. This would have most likely brought a greater sense of legitimacy and sense of equal standing to those in the East who read the document. It may have also been thought to increase the possibilities of King Edward and his French counterpart linking up together with the Mongol Empire against the Mamluks, the central purpose of the envoy’s journey to Europe.

The giving of the Eucharist was from the Asian perspective perhaps an act of legitimizing their faith and mission as not lesser to the “Other” in Europe. It is noteworthy that from Edward’s perspective there does not seem to be an existing account of the encounter. If one did exist, would it show the King indeed receiving communion from the Eastern prelate, therefore confirming an equality? Or would it be only the King of England giving gifts to the delegation from Asia, confirming a normally expected protocol?

There are many encounters in history between diplomats of different Empires meeting for negotiating alliances. But not as common is one between a sovereign King and a religious envoy, particularly across the frontiers of East and West. Even more unusual is one that centered on the celebration of a sacrament of the Church of the East in the Eucharist meal.

The great plans and intentions for a grand alliance would never materialize. By 1291, Ilkhan Arghun who had sent Rabban Sauma to Europe, was dead. According to historian Samuel Hugh Moffett, 1291 was “the last high plateau in the history of the Nestorians in Asia”. Three years later, both Kublai Khan and Rabban Sauma died. Not long after, the overall leader of the Mongolian Empire would convert to Islam.

But in 1287 in Gascony, it was a stunning “power reversal”. An Asian church leader, sent as a diplomat from the heart of the Mongolian Empire, giving communion to an English King on his knees.