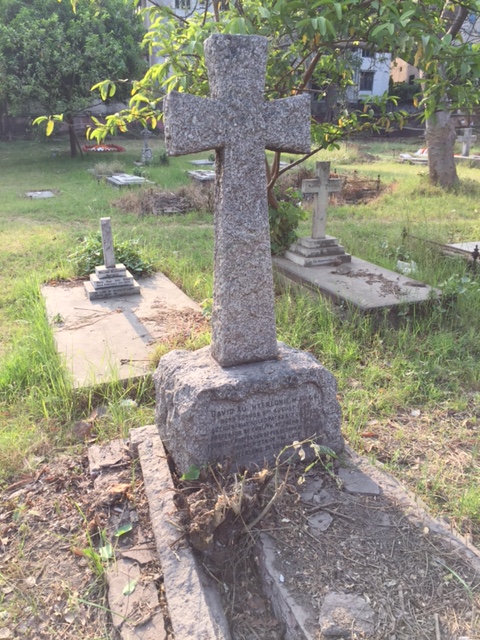 What will people say about your life when you’re gone? Will there be vastly different remembrances, or similar? If very different, it may say more about perspectives on the past than even you personally. I saw a TV interview today, with people giving their opinions on a political leader and how they were doing in office. It may have been a different planet in terms of the different reality that was being expressed from my own opinions. And that is the present. Think about how history is viewed through such varied     lenses, how the same events can be interpreted in a multitude of ways.

Recently I read a newspaper article by Will Pavia that stunningly evidences this. It has a certain dark humor to it, so get ready for that. It concerned the death of an 82 year old lady named June Miller. A few months after she died, a family member paid for an obituary to be placed in a local newspaper, the Cherokee Scout. Read what it said closely: “We speak for the majority of her family when we say her presence will not be missed by many, very few tears will be shed and there will be no lamenting over her passing,” then it gave some of the details of her life and the relatives’ names. It went on to say, “Drugs were a major love of her life as June had no hobbies, made no contribution to society and rarely shared a kind word or deed. There will be no service, no prayers and no closure for the family she spent a lifetime tearing apart.”

Wow. How would you like to have an obituary like that? But it gets even weirder. When it came out in the local newspaper, her son, Robert Miller Jr., was completely surprised. He remembered his mom as a “loving and generous woman who taught Sunday school classes, collected antiques and made a ‘wicked lemon pound cake’.” He told a local TV station, that it is “unbelievable that my sisters would write this”, adding that June’s loving husband was at her side when she died. But then the TV station reached one of the two daughters, and she denied writing it. So who wrote it? The writer of this article says “As the account of their mother’s life circulated on social media it became clear that large parts of it had been copied from an infamously brutal death notice in a California newspaper in 2008.”

All the publisher of the newspaper would say is that the obituary for June Miller was the “expression of a divided family”. That’s for sure. He goes on to say that “the first obituary has been replaced. We felt that it was only fair that if part of the family got the first word, another part of the family should get the last word.” The new obituary recalls her as a “devoted military wife and homemaker who taught swimming lessons to children in her spare time.”

Such different perspectives, from the same family. How can this happen? How can historians see facts and events from such different perspectives? What if the winners write the history, and the losers never have an opportunity to write their side? How do we come to an agreed upon version of a person’s life, of a historical event? Is it even possible? How will people see the times we are living through right now, in even 20 years?

Perhaps one moral of the story is make friends with all members of your family, before you die. Either that or don’t let them write an obituary about you.