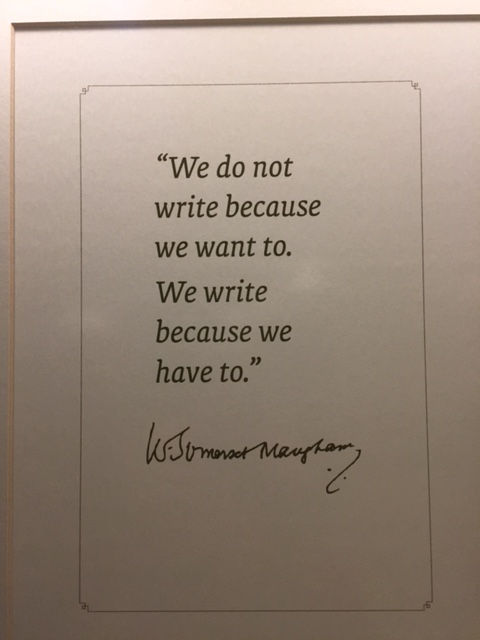 As some of you know, I recently published my first book. In the past 13 years, I had published nine articles, three chapters in books and finished a PhD thesis. But not a full book, until October. I have wanted to be an author since I was 10 years old, when I wrote detective stories with a hero named Appleton Crosby and his sidekick Daniel Selby. I even sent them off to try and get published, but never succeeded. Interestingly enough, one of the stories (which I still have) was titled Lost in the Himalayas, not knowing at the time that someday I would be in those mountains. (but thankfully not lost).

In 2004, I had coffee in the Authors Lounge of the Oriental hotel in Bangkok. It dates back to the early 20th century, when writers like Somerset Maugham would stay in the opulent suites for months on end. It was in that place that I felt again that part of my calling was to be an author. Up to that point in my life I had published very little. But the call and desire to write was strong. Recently I went back to the Authors Lounge. The restaurant is now named after W. Somerset Maugham, the British playwright and novelist who died in 1965. In the 1930’s, around the time he would have spent those months in Bangkok, he was said to be the highest paid novelist in the world.

On the walls of the restaurant are photos and quotes related to Maugham, including the one accompanying this post. We do not write because we want to. We write because we have to. At first that sounds wrong. It sounds like writing must be the great distasteful task, to be avoided. But actually, when something grips us, any great passion, it is often like that. Yes, we do want to. But there is something more, something that drives us in a good way. Anyone that writes knows that there are moments, days or weeks, when words do not flow easily if at all. It is a calling that we come back to again and again.

In my life, the passion to write was strong during my childhood and teenage years. In high school I was the editor of my school newspaper, and won the “Staffer of the Year” award for my city, given by the local newspaper. I seriously considered going into journalism as a career. But my life took a different direction, across the world, and I didn’t get back to consistent writing again until after 2004, over 25 years later. The call to write is now strong again, and I’m trying to fulfill it.

What is your passion? Perhaps to write, perhaps something else. Maybe it has been buried, or dormant, for many years. As you go into a new year, are there signs that you should fan into flame that tiny ember within? Take it up again, and do it because you not only want to, but because you have to.