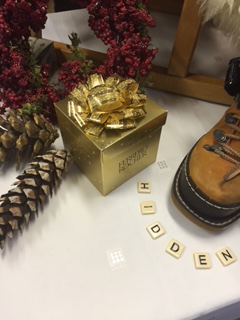 It was 34 years ago this week that I was surprised by India. On June 29th, 1982 in Honolulu while serving with YWAM, a small “whisper” came to me. It was the word “Calcutta”. That started a short but intense process, ending with me leading a team to Calcutta (now Kolkata) to begin the first long term work for YWAM in India and South Asia. (there was another ministry already working in Delhi and Nepal called Dilaram, affiliated with YWAM but focused primarily on Western Hippie travelers.)

Being “surprised” by India has been one of the greatest experiences of my life. And the learning has gone on and on. There is a magic about India, a sense of always being able to learn something new. Over one billion people have so many gifts to offer, and I have received only a few comparatively. As Robert Blackwill, departing US Ambassador, wrote in 2003: “India is a pluralist society that creates magic with democracy, rule of law and individual freedom, community relations and (cultural ) diversity. What a place to be an intellectual!…I wouldn’t mind being born ten times to rediscover India.”

Surprises come to us in many forms. As the photo shows, sometimes they can be wrapped up in beautiful boxes, enticing us to open them quickly! Other times it is as the photo also shows, where the word “hidden” appears. The surprise is wrapped in ways that we can’t easily see. Maybe even in difficult experiences and people that actually end up being tremendously surprising gifts. Sometimes the greatest surprises are not dramatic at all, but come to us wrapped in our daily life experiences. It can take a grace and generous humility, even with ourselves, to see and notice them.

I have the benefit of having kept  a journal for the past 36 years. It allows me at times to go back over past journal entries, finding connections and even surprises not seen at the time. Places where God’s grace was at work in me. Places where people and circumstances are not seen only as enemies, but friends in a very mysterious disguise. On June 27, 1982, I was in a very difficult time in my life. A young leader, taken beyond my own capacities and gifts. Just a few days before on June 18th, I had written this in my journal: “Thank you, Lord, for the fire of your love. I want you to do anything in me that will better reflect your love and goodness. Do not let me ‘get away’ with anything, but have Your way in all.”

On the 27th, after a community dinner called a ‘love feast’, I wrote this: “Came to an end of myself last night in the love feast communion service-the Lord speaking to me about being crushed as He was for the world. I want to be a man that loves God and loves people in the simplicity and dependence of that. I feel that all my vision and plans are offered up to Him and have an expectancy that He has some real surprises ahead as I move into a three day staff conference.” (emphasis added). That same evening a close friend of mine named Mike said, “Steve, I feel there are surprises ahead in your life!” He was right.

It was the next day in the staff meeting that the “whisper” about Calcutta came. On August 19th, 1982 I arrived in Calcutta with a team of about 12 to start the work there. I didn’t return to the states for almost four years, and then only for a month before going back to India. Surprise, surprise, surprise!! They are not usually so dramatic. Even this last week there have been surprises that no one would wish for, in one case a hiking accident leaving my brother-in-law with critical injuries. Just a few days ago a terrorist attack hit Istanbul airport, a place I was in only seven weeks ago. As I write this there is an ongoing attack in the Bangladeshi capital of Dhaka, a place very dear to my heart that I have been to many times. These are surprises that we would never want. But they happen.

Whether good, bad or ugly, surprises happen. But there is a gift presented to us even in the worst experiences. My gift of India has not always been just the easy times. Some of the most difficult suffering of my life has been there. But even in those things I can see gift.

What surprises are you grateful for today? What level of expectancy do you have for surprises that may be just ahead?

4 thoughts on “Surprised by India: Grateful for the Gift”