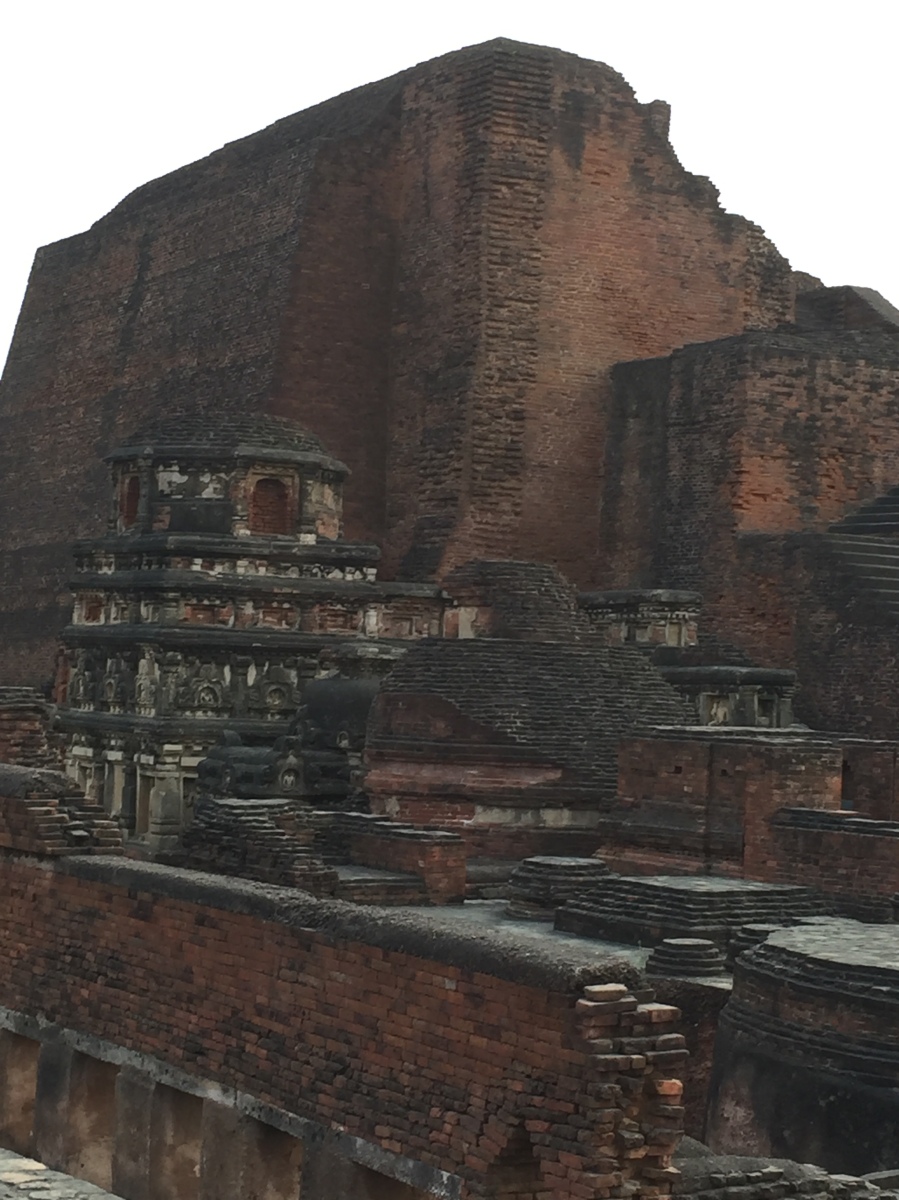 Recently I wrote about my trip to the very well-preserved ruins of ancient Nalanda University in the modern Northern Indian state of Bihar. (See post The Thrill of Visiting the Ruins of 7th century University of Nalanda). Nalanda thrived as an international center for education for almost 700 years, with students from over 35 nations. Primarily Buddhist in curriculum and governance, the question arises, was it exclusively Buddhist, or were there students from other religions? It is likely that there were Jain students, and perhaps some Hindus. Islam did not begin until the early 7th century itself, and did not reach the Indian subcontinent until the 8th. It is very unlikely that there were Muslim students in part due to the later animosity from ruling Sultanates in Delhi, one of which in the later 12th century that would be responsible for the destruction of the University.

But what about Christian students? We are not talking here about students coming from Europe, though that of course would not have been impossible as there were trade links going on with some degree of strength. More likely is that there were Christians of the Church of the East, the Asian Church that had spread from the 1st century onwards to Persia, India and perhaps China. This is part of the larger question: Was there a functioning Christian Church in North India after the first century? (It is possible that the Apostle Thomas was in what is now Pakistani Punjab in the first century, and may have left small groups of Christian believers, but not provable evidence wise. See my post Did St. Thomas visit the University of Taxila in the First Century?). If there was a continuing presence of Christianity in the North in later centuries, it would most likely have been centered around the important city of Pataliaputra (now Patna, the capital of Bihar state).

With little to no evidence to go on, we are left with speculation based around the trade routes that went across North India, showing that accessibility for Church of the East monk-missionaries was possible. A tantalizing bit of possible evidence comes much later in the year 1240, where a chronicle states that there was a Metropolitan of the Church of the East based in Pataliaputra. (A Metropolitan meant that there was a Church leader over at least 12 bishops, which of course guaranteed that there would have been at least hundreds of believers represented.) If this was the case, and if true is an amazing bit of evidence, what happened to them? I will write more on this in a future post, but it is likely that if they existed, they were wiped out in the waves of persecution that also destroyed Nalanda and Indian Buddhism in the surrounding areas.

So back to my trip to Nalanda University. I had wondered about this question more specifically: were there Christian students in Nalanda? My colleague and I as we visited that day had the option of many tourists to many sites, all over the world: should we hire a local guide, perhaps paying too high prices, or venture around on our own? I had a bit of knowledge of Nalanda from my own reading, and thought I could help my friend and his daughter that day. But thankfully we were not stingy, and hired a guide, for what was to happen next! As we walked around the ruins, incredibly well-preserved, we found our guide very well informed, if not characteristically annoying. (which is also an aspect of many tour guides around the world.) So the question came to my mind, should I ask him about Christians in Nalanda? As I thought this, I immediately dismissed it. He would of course just say no, and give me a look confirming in his mind that I was a dumb foreigner.

But thankfully, I was not put off that easy from my own reluctance. So I asked! Instead of dismissing me, he immediately said “yes, there was, about 21 Christian students, at least at one point.” What?? I looked at my friend, and asked again, thinking he may have misunderstood. In the seventh century, Christian students in Nalanda University? He said then an emphatic “Yes”, and proceeded to give me the source, a Chinese visitor’s diary, and even the bookstore in Delhi where it could be obtained! I knew the bookstore, and in fact had gone through the diary as part of my doctoral studies, and had a copy in my personal library. But I couldn’t remember reading that sentence. (I will be back in my own library in about two weeks, and will thoroughly check it out.) The tour guide later assured us that he had been taught to say that in his training for the job, so it wasn’t just something that he had come up with on his own.

This was not of course proof that there were Christian students at Nalanda in that period, or that there were functioning Christian churches in the Pataliaputra area in the centuries before 1500. But in any research surrounding these earlier centuries, it can be much like a detective hunt, and one clue can lead to others. It is also like doing a puzzle, where one piece can help form a greater context for others. The possibility of 21 Christian students at Nalanda in the 7th century could be a piece, or a clue.

Anyone for a detective hunt?

5 thoughts on “Were there Christians in 7th century Nalanda University?”