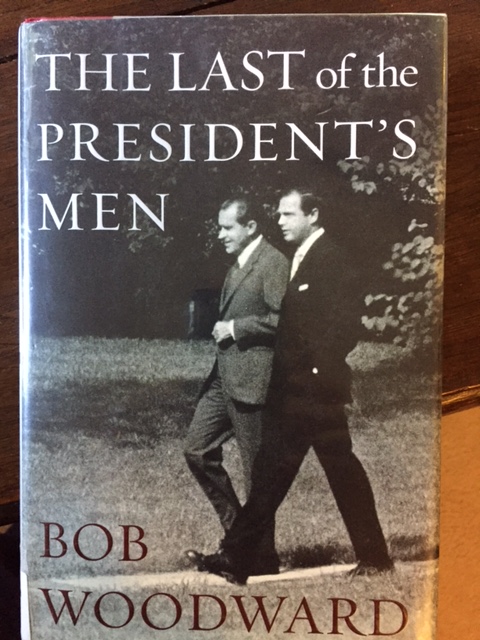 Some of us think that we can live in denial of problems in our families, nations, or organisations and not face a cost. Wrong. Others of us think that speaking truth to power, or being “whistle-blowers”, will also be able to be done cost-free. Also wrong. Of course of the two, the latter most often is much harder and the cost is much more visible and sometimes immediate. But both have costs. Last week, I wrote a post honoring the courage of people that are willing to not live in denial, out of a wrong understanding of loyalty,  and “blow a whistle to say STOP.” (See The Deadly Danger of Loyalty that Leads to Denial).

Living in denial out of a desire to not “rock the boat” or achieve a level of position or popularity is ultimately soul numbing. It causes, however small, places of rot and decay in our lives. This does not mean that we need to become some kind of “crusader”, always pointing out sin or wrong wherever we find it. There are many times when out of a genuine sense of love and care we do not expose things, but rather wait and pray and hope. Being a moral “crusader” is a sign of another problem in our lives, one that bears its own cost of a relationships-killing self righteousness. But there are times when we do need to speak up, to be in an attitude of “what have I got to lose” because of a greater commitment to love and justice. than our own self-preservation.

Recently I read a book by Pulitzer Prize winning author and former Washington Post reporter, Bob Woodward. (For those of you particularly from the US, you may remember that it was Woodward and his colleague Carl Bernstein who in 1973-1974 helped expose the Watergate scandal of the Richard Nixon administration, leading to Nixon’s resignation from the presidency in August, 1974.) This book is titled, The Last of the President’s Men, (a play on an earlier book they wrote, All the President’s Men.) This one is the story of a little-known peripheral figure, Alexander Butterfield, who was the assistant to Bob Haldeman, Nixon’s Chief of Staff. Butterfield is one of only five people, including the President, who knows of a secret taping system in the White House. As the investigation deepens into those around Nixon, and begins to point to the President himself, Butterfield is faced with a huge dilemma.

Our of loyalty, should Butterfield not share what he knows about the taping? (perhaps his military background would have made it even harder.) Or should he answer questions truthfully from investigators, even if it exposes the potential evidence  of presidential culpability? By this time, as the summer of 1973 wore on, Butterfield “was certain the president was the choreographer of the cover-up,” he tells Woodward much later. “Nixon’s the director of all activity” he had come to believe.  But at the time, public opinion polls still were two thirds in favor of believing that Nixon wasn’t involved. “I was thinking of the tapes the whole time,” Butterfield recalled. “God, if they only knew. If they only knew. In a way I wanted it to be known. In the deep recesses of my brain, I was eager to tell.”

But there were so many questions Butterfield had. Not to mention possible costs to his future and career. So as Woodward writes, “So he stewed over his dilemma and did what a cautious person often does-nothing.” Nothing. That is what so many of us do when faced with situations where at cost to ourselves we must speak up. It is so much easier to just go along, be popular, hope that things will get better although instinctively we know they will not. But there is a cost in that. It is a denial of our own integrity. It lessens our vulnerability and adds more bricks to the wall of our own self-protection.

For Butterfield, he didn’t really make a decision to tell about the taping system. But he didn’t make a decision not to tell. He did what most of us do, he wavered. But then one fateful morning, a Senate investigator asked him in a private meeting a question that was so direct he couldn’t avoid it. He then told about the secret taping in the White House. Within days, he was testifying to the whole nation in the public Watergate hearings. (I was 14 years old that summer and was glued to the television, watching hours a day of the hearings, including Butterfield’s dramatic testimony.)

A secret that President Nixon thought would never be revealed was now exposed. That started a protracted battle for the tapes, the President trying to block access with an argument of “executive privilege”. It finally went to the US Supreme Court the following summer of 1974, and the ruling came that the tapes must be surrendered. It was only a few weeks later that Nixon, knowing that with the tapes his own involvement in the cover-up could not be denied, resigned from office.

Alexander Butterfield would indeed face a severe cost. Not only losing of course his role in the White House, which was not so painful as he was already planning to resign. But because of his disclosure of the tapes, Butterfield was, in Woodward’s words, “radioactive”. (means no one wanted to be near him). Woodward writes, “He sent out resumes to 88 firms, and finally got a job as chief operating office of International Air Service Company in San Francisco.” Later attempts at securing political posts, including being ambassador to NATO, were blocked by people like Alexander Haig, who had served in Nixon’s final days as his Chief of Staff. But Butterfield never regretted what he had done.

There is a cost either way. To live in denial out of a misguided loyalty or out of self-preservation, or to speak up and risk your position and career. Most of us, like Butterfield, wander along, hoping for the best. Hoping not to have to make any decision. Hoping to keep our heads under the table and not be spotted. But what will you do when called to make a decision? What will I do? What would it mean to live in the blessed freedom of having “nothing to lose”. Not in an arrogant way, a version of self-protection of another kind. But in the freedom of having nothing to lose because our commitment to loving truth and loving those that are coming after us is too strong. Because if we live in denial, it gets that much harder for the generation to come to break through those walls.

One thought on “What is the Cost of Denial? Of Speaking Truth to Power?”

Leave a Reply to “Speak up, you must do more, why are all of you so timid!” – Encounters of Faith in Asia: Past, Present and Future Cancel reply